Big John to the Rescue!

Manta Alley revisited. The large black pregnant manta we saw in May was gone or had pupped. Certainly, we saw smaller mantas while snorkeling than we had in May and none that was pregnant. But it was very different for the divers who watched and waited as between 12 and 14 mantas glided feeding, mouths wide open, past the cleaning station down at 24 m deep. 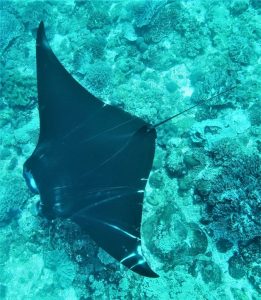 Us few snorkelers had our own reward in a bittersweet way. Seeing a small manta (1.5-2 m) with a strange series of white lines marking its back, I free dived down and noticed deep cuts in the left wing. The second dive down, as the manta returned along the reef, I found a long monofilament fishing line trailing behind it, held onto it briefly to see if might pull free, but found it caught fast. The manta possibly had got caught in the side line of a tuna long line, perhaps when crossing open water.

Big John, a seasoned Seven Seas Indonesian crew member and consummate snorkeler, came to the rescue. He held onto the trailing line and pulled himself hand over hand down to the manta, which was struggling to use its left wing. Big John managed to loosen the fishing line, release two loops from around the manta’s wing, and cut the line. He confirmed that the manta had an embedded fishhook, but it was now swimming well with both wings and flew off slowly into the distance.

The survival prospects for this manta are good. It would be useful for visitors to Manta Alley to look out for the young manta identifiable by the straight-line markings and render any further assistance if needed. 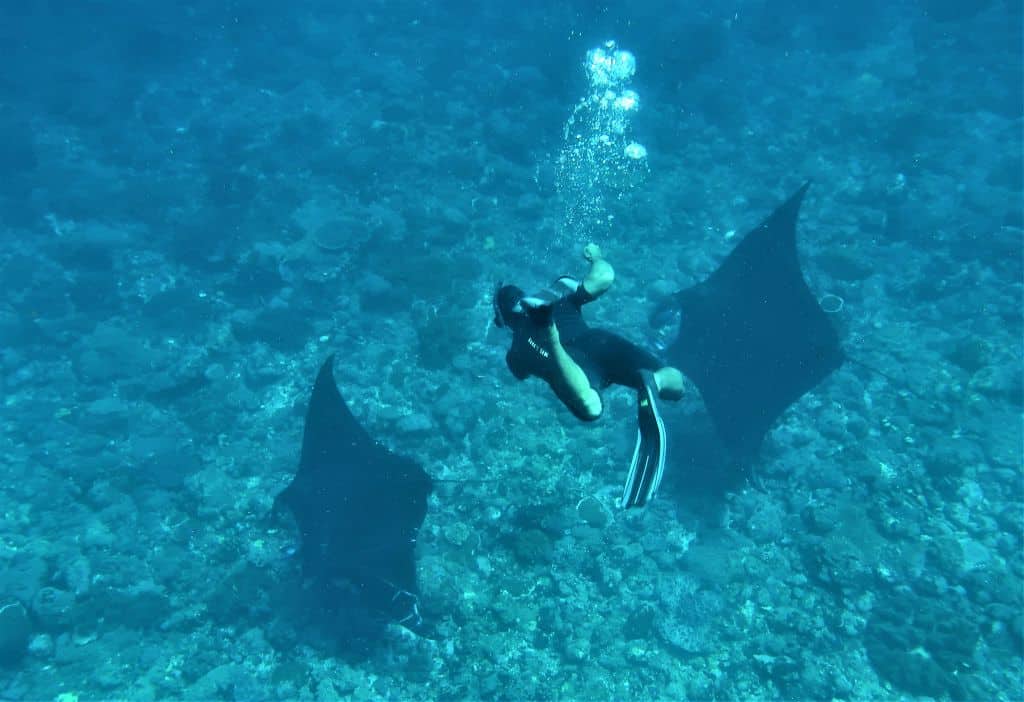