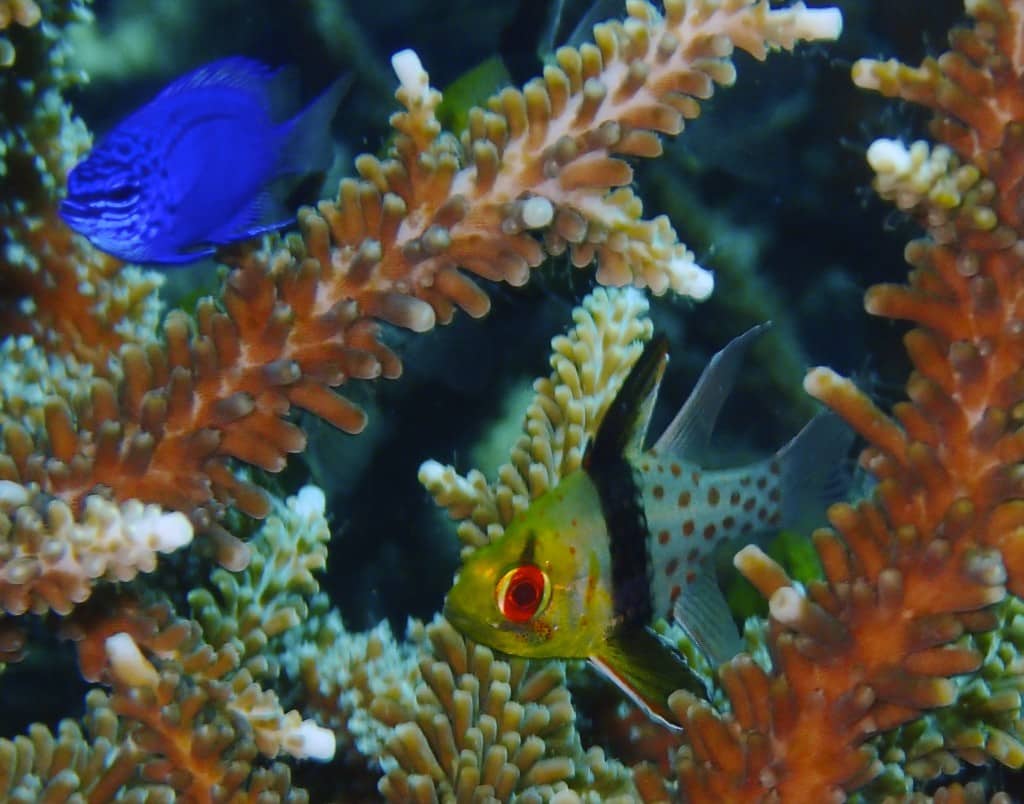 Between 10-22 August 2017, cruising and diving East of Flores with the M/V Seven Seas, I identified 27 species of cardinalfishes (Family Agpogonidae) plus a few others that go unnamed by me. After years of ignoring small reddish fishes at night on Caribbean reefs, where there are about a dozen species, the diversity and habit of cardinalfishes in the Coral Triangle have enthralled me. They seem motionless until you look closely when in the blink of an eye, they changed position just slightly, or they slowly retreat away from you to the other side of a black coral bush, each keeping his/her position in an aggregation. My friends Sonia and Christina used magnifying glasses to spend entire dives watching three or four species interact among shallow branching corals including species of Acropora. Below is my incomplete species list.

AMAZING tally for one single trip, only East of Flores!