Brilliantly Led by a Master of the Sea – Komodo 2017

By Jeff Herten and Deborah Lyon. Photos by Tommy Schultz. Komodo is a small island, a link in a chain of islands beginning with Bali, extending eastward, bounded on the west by Sumbawa Island and on the east by Rinca and Flores Island. Komodo is famous for its dragons, and some of the most challenging and beautiful scuba diving under the ocean. Cold nutrient-rich water from the Indian Ocean flows north to meet warm water from the Flores Sea, setting the stage for one of richest and most diverse habitats anywhere.

It is here we came on the Indonesian-style boat the Seven Seas to see the wonders of this magical place. We dove 12 days, logging 34 dives, seeing nearly all the species that we had hoped to.

There were spectacularly beautiful dives like “Tiny Bubbles” off the shore of the twin-topped, still active volcano, Sangeang Api, where magma-heated water percolates up through black sand. The contrast of the brilliant yellow, red, and violet soft corals left an indelible imprint. There were thrilling dives like Loh Sera in an inlet on the south of Komodo where we hovered in 80 feet of chilling water and were rewarded by the swirling ballet of eight giant mantas being cleaned by tiny cleaner fish.

There were challenging (read borderline scary) dives like “high voltage” where we were swept along a wall by a strong current to a rocky point where we needed to stay close the wall and be swept around the point in a roller-coaster-like whirlpool, or potentially be swept away.

In between, there were “aquarium dives” in clear, calmer, and warmer waters with a multitude of fish, shrimp, crabs, eels, lobster, rays, and sharks among carpets of anemones, soft and hard corals,

We ate like kings, slept like the dead, had a hot shower after every dive (and hot chocolate after each of four night dives), and told sea stories to our ten other dive buddies.

We took a tour of the National Park complete with a dozen dragons. Imagine a muscular lizard nine feet long that can run fifteen miles per hour, inflict a venomous bite that kills a small animal with its venom and a larger animal with an infection from the 60 different bacteria in its drooling saliva. The larger prey animals, like water buffalo, it will stalk for a week until they die, then feast on the tainted meat and not need another meal for a month. We also saw dragons in the wild on beaches on several islands.

We visited a village on the volcano island of Sangeang Api and witnessed seemingly happy people leading simple lives making a fraction of the impact on the environment that we do.

We were brilliantly led by a master of diving and the sea, a man who knows how to judge when ripping currents have eased enough to safely dive and not get swept away. Mark Heighes has dived these waters since the 1980s and his two expert dive guides were with us on every dive. He is an Aussie with a great love of and concern for the sea, a real concern for his diving guests, and a great sense of humor. 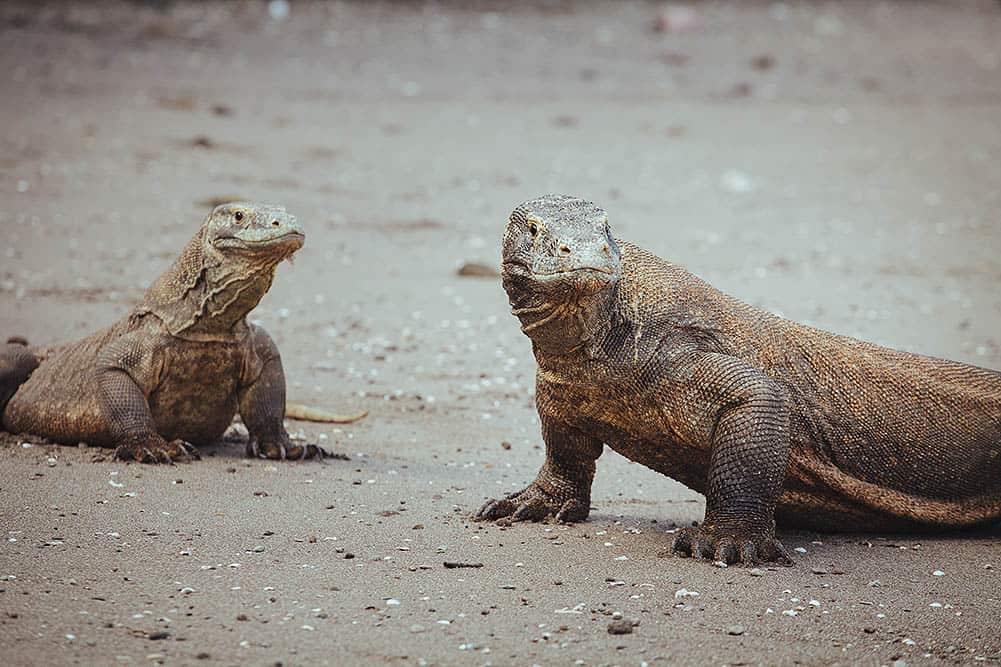 We were cared for by a small army of extremely competent crew, all from different parts of the archipelago. They worked together like family and shared their world with us.

It was, to date, the most challenging and rewarding trip we have taken. We virtually trusted Mark with our lives and he did not let us down. And, God willing, we hope to see him again in Raja Ampat in 2019.

There are a lot of live-aboard dive boats out there.

There may be none the equal of the Seven Seas. 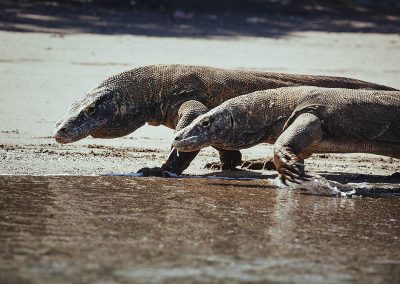 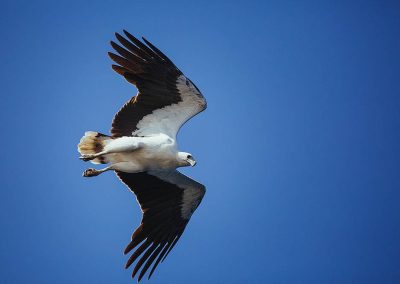 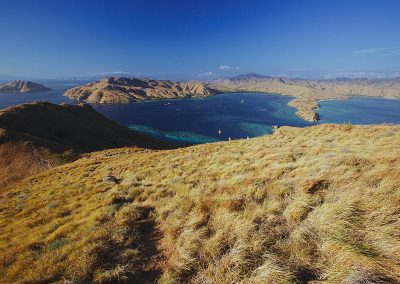 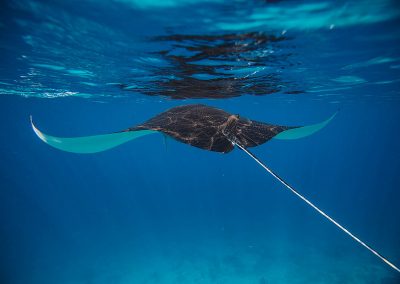 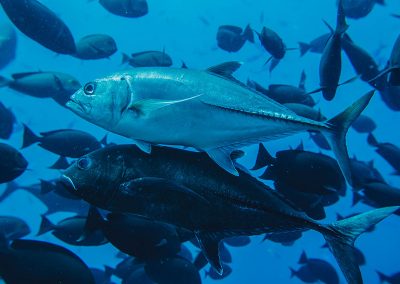 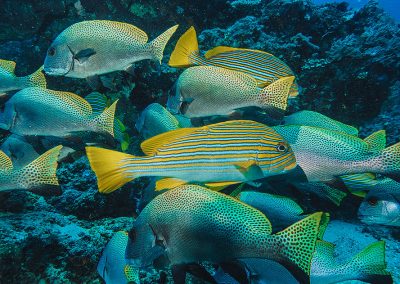 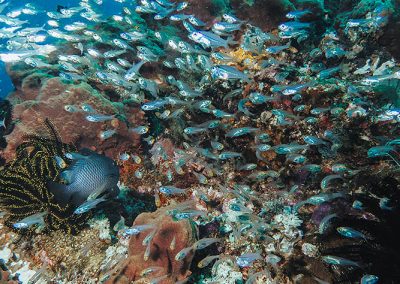 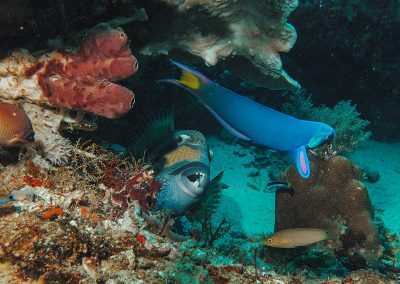 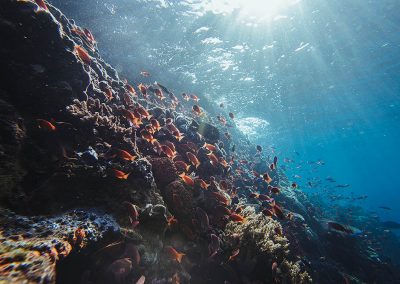 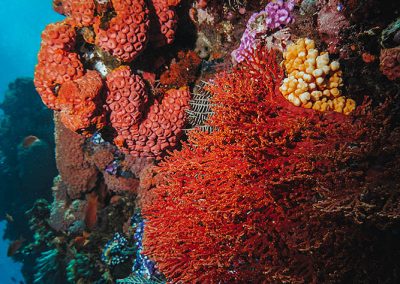