Two Weeks in Komodo – Bringing out the Best 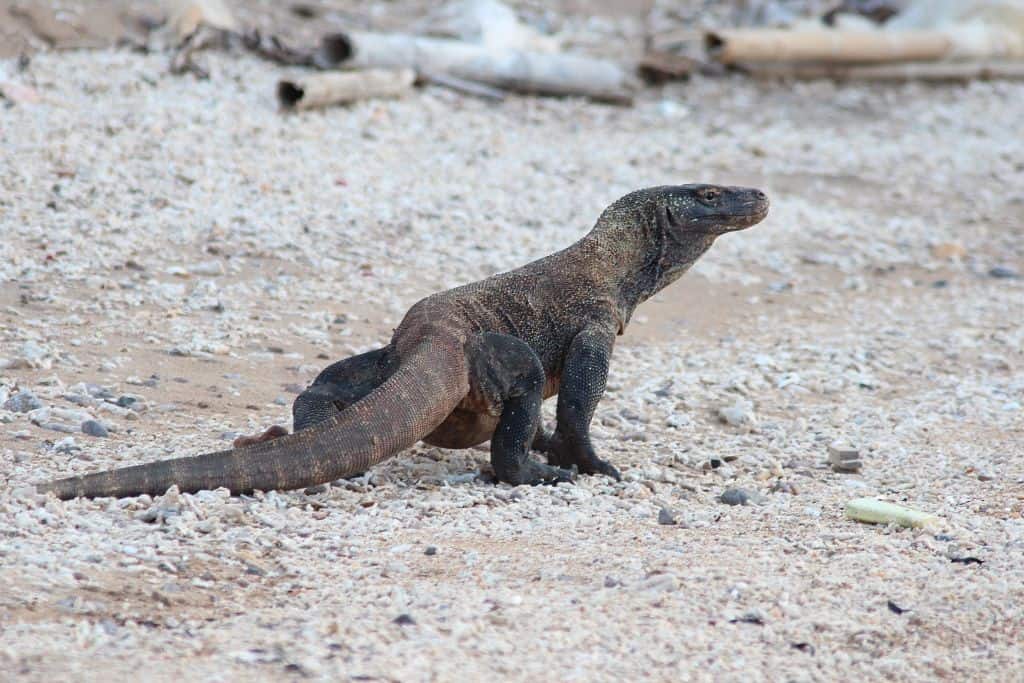 I heard about the Seven Seas by “word of email.” I received this email “out of the blue” from Jos early one morning back in 2015. Somehow he had heard about a marine science program I had started at the small high school where I teach. The program involves a semester of academics, and then the students and I travel to the Caribbean during spring break to do some diving. Jos was curious about the program, and he mentioned his boat, the Seven Seas. I took a look at her on the web site and decided quickly I would try to take my own trip. I didn’t bother checking travel sites for reviews. I reasoned that any guy who owns a luxury liveaboard in Indonesia and is interested in a science teacher at a small school in southwestern Virginia must run a remarkable operation. I finally had the chance to observe this remarkable dive operation during the first two weeks of June, 2018.

Due to my work schedule, my wife and I could not get to the boat until the afternoon of the first day of the trip. One of the skiffs took us from the harbor at Labuan Bajo to where the ship was anchored. As I boarded, the rest of the guests were departing for the first dive. My heart ached at missing the dive, and I think cruise director Karl noticed it. He helped us get settled aboard quickly and got us ready for day two.

Day two proved to be like all the other days of the trip: eat, dive, eat, relax, dive. Repeat. The staff was always attentive, but they never hovered. “Check, check, double-check,” they would remind us, and we would head to the dive site. 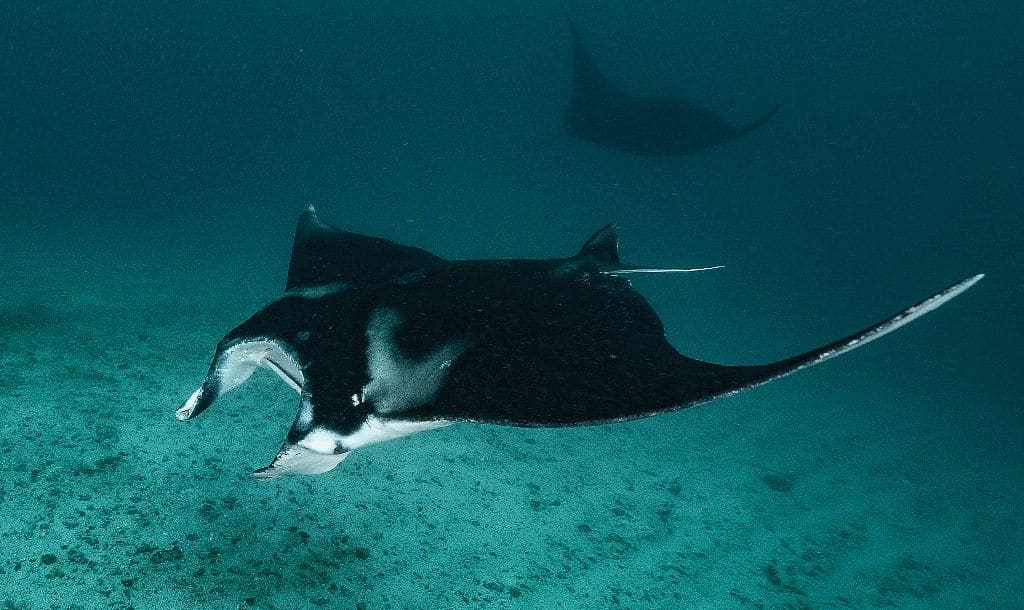 I had never been to Indonesia before, but I had heard tales of an overwhelming variety of marine species. Good – bring it on, the big and the small. When we found a sea fan at 30 meters where some pygmy seahorses called home, I looked where everyone was pointing and saw nothing but sea fan. Playing it cool, I nodded and gave the OK sign. My ace in the hole would be world-class underwater photographer and filmmaker, Alex from Catalan. Alex had set up his camera in the sand nearby. As soon as we were out of the way, I was sure he would find what my eyes could not. Back on board I later asked Alex if I could see his photos. They were stunning. There they were, those elusive pygmy seahorses! “Hey Alex, mi amigo, how about air dropping those photos to my phone?” Alex was always happy to share.  In fact, all my fellow travelers exhibited kindness and helpfulness on the trip. Perhaps being aboard the Seven Seas brings out the best in people and this may also explain why so many customers return. 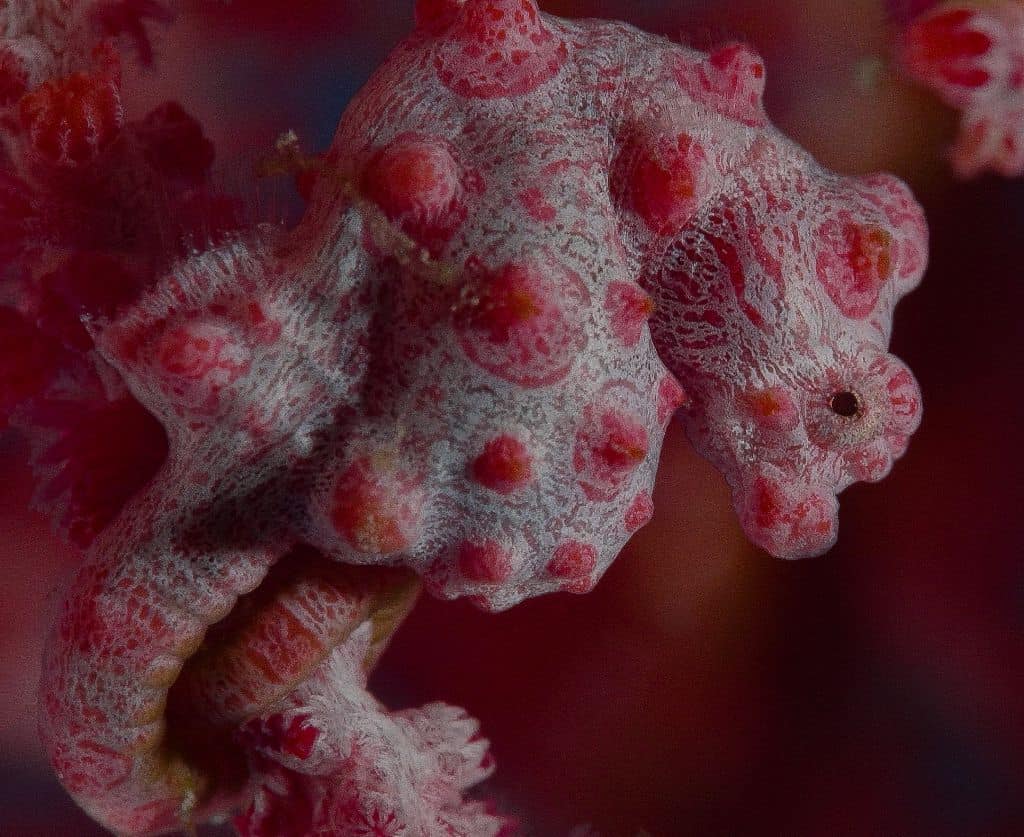 When we dove “manta alley” to see “black and white” things, I was near college student, Elijah. Elijah wore interesting t-shirts on board, and among my favorites were “Fear the Okra,” and a concert shirt from the band, The Dead Kennedys. I had listened to this band thirty-five years ago. This young man must be alright. Underwater we saw our first manta ray swoop by and get a cleaning. Elijah and I exchanged looks which said, “Dang! ” The manta rays continued to come by and swim around us. When our bottom time drew near the end, we started a slow ascent. At our safety stop an obliging manta ray was in the shallows and continued to perform for us for another ten minutes. Returning to the boat I was as joyful and contented as I have ever been.

We spent a couple of days in Horseshoe Bay and made multiple dives on Cannibal Rock. Fellow passenger Robert told me all about this site. When it was discovered back in the 1990s, the couple who discovered it also saw a larger Komodo Dragon eating a smaller one. The couple named the dive site after this feeding behavior. Robert explained why the site was so special. In a relatively small area you will find an abundance of crinoids, corals, and fish species. There is a riot of colors at five meters which make safety stops last twenty minutes. Robert is an outstanding underwater photographer and has encyclopedic knowledge of the sea life in the area. I am grateful for all he shared with me. 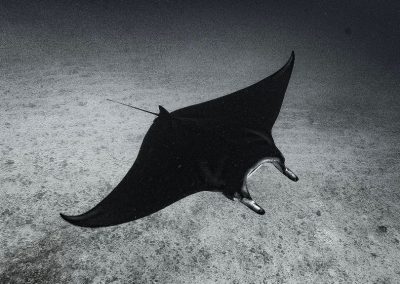 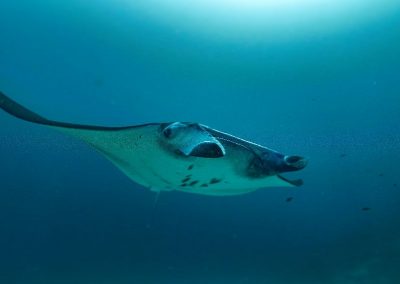 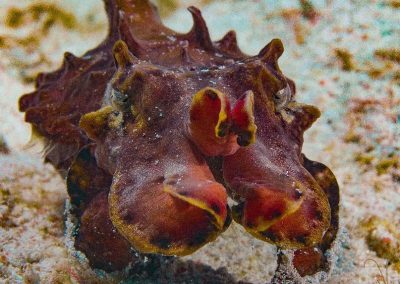 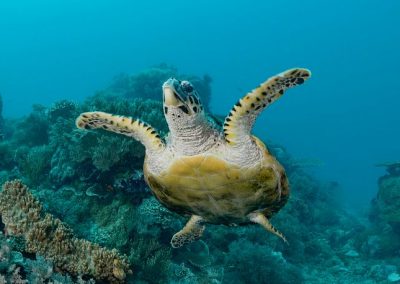 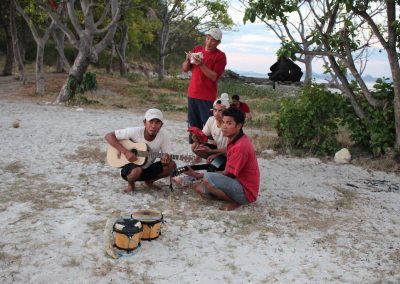 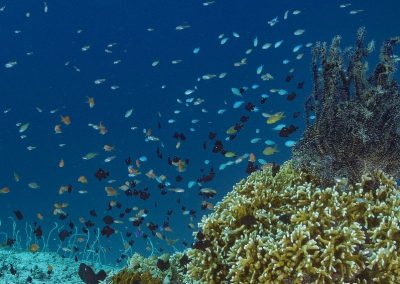 Life aboard the Seven Seas was like that every day. I saw things I had not seen before, and I learned things from the staff and my fellow passengers. I even learned some Indonesian expressions from cruise concierge Fitri. The trip became so much more than a simple dive trip. It became an immersion in the marine life and culture of the region.

On our last night together, crew and guests shared a final dinner on a beach. A remarkable family of five from Staffordshire, UK, graced us with music. We were treated to “Hotel California” and “Hey, Jude.” Unbeknownst to most of us, Robert’s 70th birthday was nigh, and the chef baked him a cake. We sang “Happy Birthday” to Robert, and when we finished the crew did the same in Indonesian. I looked at the sky above and was able to behold the Milky Way because of the lack of light pollution. Cliches aside, it just doesn’t get any better in life. If you have been on the Seven Seas you know. If you are reading this and haven’t been yet, make going a priority. 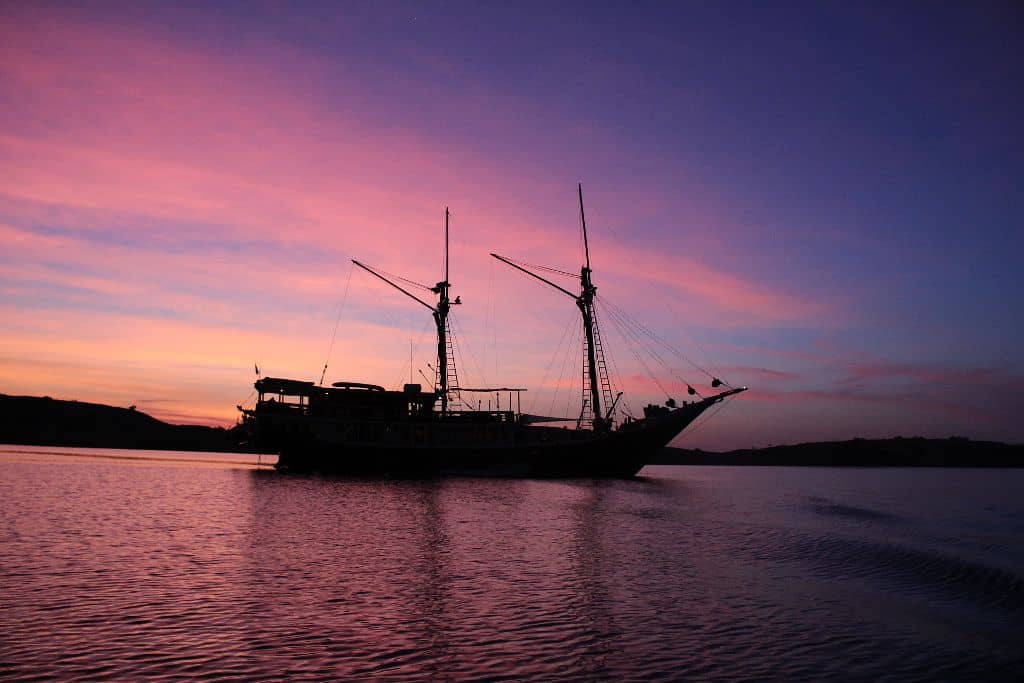