Our love of trips on The Seven Seas 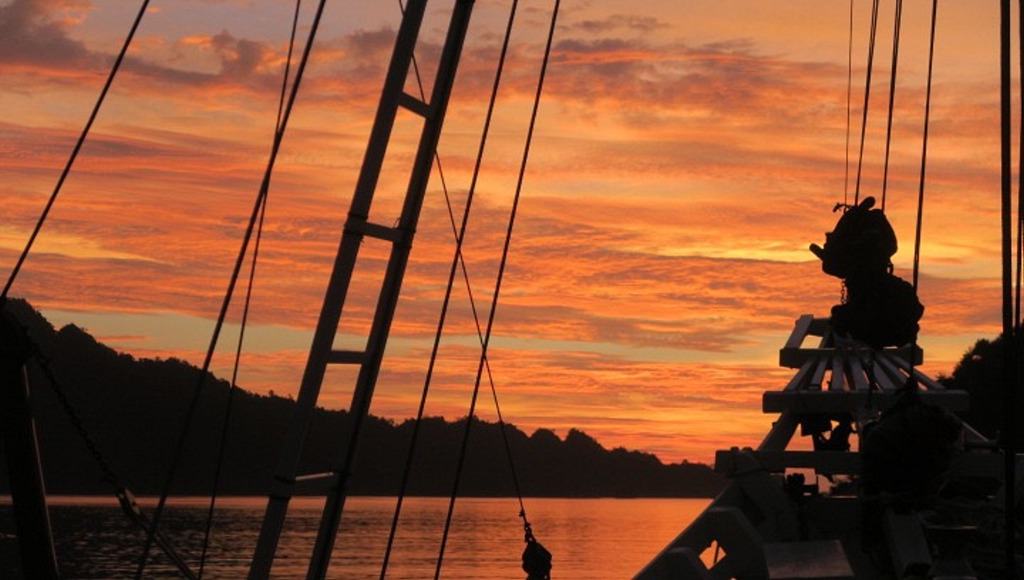 Our love of trips on The Seven Seas started when we were invited to join the Barkers, Skinners et al in Komodo in 2012. We persuaded John & Theresia to join us and they did a dive course. It was an easy decision of course for us when a trip to Raja Ampat was suggested for Jan 2016. So good it was that a “kyk-weer” (Afrikaans for “action replay”) was called for 2018.

All of us were so looking forward to the trip for months before. Disaster struck my – lifelong best friend and dear friend that those on our Seven Seas trips, guests and crew alike got to know and love, John Stark, suddenly passed away. The biggest loss was for Theresia and the girls who lost their husband and father. He was struck down by a heart attack at his favourite Pirates Club after the Tuesday running time trial, just one day before John and Theresa were due to leave. We, Janet and I immediately cancelled our trip as there was no way we could miss the funeral and there was no way we would have been able to have enjoyed the trip.

After having spent the days after John had passed away with Theresia and the girls, Lexi, Cath & Vicky and with their suggestion that, that was what John would have wished, we decided that, if possible, we would join the trip after the funeral.

We could also feel that there must have been a huge hole amongst the guests on the Seven Seas which maybe, partly, we may be able to fill & lift their spirits.

Emails back and forth to the Seven Seas girls Guteri and Candra and Jos, & Karl they advised that it was possible to meet us in Waisai. A hurried rebooking of flights leaving Johannesburg on Wednesday, we finally arrived 2 days, 4 flights, 3 layovers and the fast ferry from Sorong to Waisai where we were met by Karl & the crew to join the bunch on the Seven Seas.

What a wonderful reception we received and so good to be here.

On the second evening I read the tribute that I read at the funeral which was delivered with the same panses for a choked throat and wet eyes, just as it was received by our friends at the sunset deck.

Every sundowner is a toast to Jonpon and also to Theresia & the girls who we miss dearly.

Once again our sincere condolences to Theresia & the girls from all on the Seven Seas, guests and crew who were equally distraught. Jonpon we remember you with the fondest love, wish you are sailing and diving in very calm waters.

We went on to enjoy a week of the most fantastic dives, enjoying magnificent ship, the wonderful company of our bunch most of all the hospitality of the very special crew on the Seven Seas. Janet who doesn’t dive was hosted superbly by Karl and Irwan snorkelling over the incredible reefs – she is adamant that it is as good, if not better diving – she saw it all – Mantas, turtles, dolphins, travellis, sharks and too many fish and coral to mention.