Paradise on the Edge – Raja Ampat to the Spice Islands

It was day three anchored just off the coast of West Papua in the idyllic Raja Ampat archipelago that we got our wake up call. My wife and I were among 12 very fortunate divers on board the Seven Seas, a one hundred foot Iron wood trading Pinisi built in Makassar and tricked out for anything a diver could wish for. On this still early morning the world seemed undeniably perfect and problem free. But then it happened; on our first dive, 40 feet down, kneeling on the sandy bottom, peering through windex water and back lit by morning sun.  An immense Ocean Manta appeared, at first like a ghost ship then floated above us, blocking out the sun. It turned and hovered while a trio of Black Rays looking very like stealth bombers soared in from our left drifting past in a silent fly by.

I defy anyone to see this and not feel a rush of awe and anxiety in equal measure. How could such creatures exist? How long do they have? And what is the future for this corner of the world; the Coral Triangle, home to more than 400 coral and 600 fish species; a migratory route for whales and turtles and big pelagic; the Amazon of the ocean in the words of UNESCO? An encounter with Mantas shakes you up. It forces you to look around and ask questions.

The big picture is not pretty. According to the UN, 90 percent of the world’s fisheries are depleted or facing collapse. Coral forests are bleaching across Australia’s Great Barrier Reef because of warming water. So, what of this remote ocean treasure chest? Is there any hope even on a small scale?

Next day there was the hint of an answer when I was attacked by a school of Black Tip Sharks. They were feeding on bits of chum that had been thrown in the water near us. The biggest one took a run at my leg but was unable to gain any purchase owing to the fact it was only 18 inches long. The attack happened in the sandy shallows of a patrol outpost; one of many in the Misool Eco Sanctuary, part of a marine conservation zone that covers 5% of Raja Ampat’s 50,000 sq km. The beach site has several sheds, three patrol boats and a guy with an AK 47. There is also a large mural depicting sea creatures, bank notes and villagers with a brief explanation comparing the ocean to a bank account; spend your savings and then what? Later, on the nearby island of Arborek we meet a half dozen young researchers and volunteers of Barefoot Conservation who have a research station on the island. They are here to benchmark the state of the reefs and try to solve some of the mysteries of the Manta. Seeing this and encountering dozens of baby sharks was encouraging; the collaboration between the region’s villages, Environmental NGOs and the operators may be working. But is it too little too late? 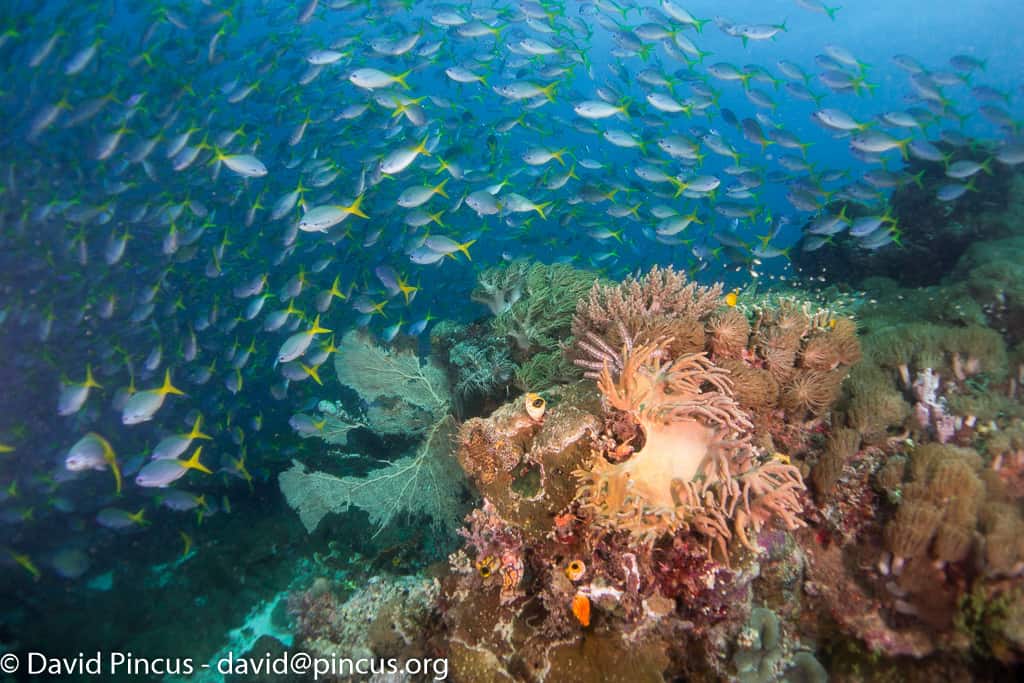 It turns out the bank of Raja Ampat has operated successfully for a very long time. Further south in the Misool archipelago we moor amid the jagged and massive karst islands that rise more than a thousand feet from the indigo waters.  We kayak and swim through the canyon like inlets and lagoons; shallow sandy bottoms are warm and alive with minnows and rays. Clusters of yellow orchids and Misool Pitcher plants dot the sheer cliffs. People have fished these waters for thousands of years and around a point and into a deep lagoon we are confronted by the remains of a cave settlement.  A cliff face has fallen away exposing the walls of a large cave; a grey rockface studded by stalactites and blackened by fire. Across the wall are two ochre coloured cave paintings of ocean life – a giant shrimp and what looks like a trevally…

Australian aborigines are thought to have used these caves, pulled by the amazing abundance of the waters. Diving nearby around a small jetty you get a sense of what brought them here. The site is called “Too Many Fish” for a reason. Hundreds of Fusiliers hover in the shadows, so thick at times you can’t see the pylons of the pier. We drift among them as massive Humphead wrasses and Barracudas patrol the perimeter. Even a generation ago these seas, according to the locals were still in decent shape. But there has been a mad run on the bank since then. The rise of a fish hungry middle class across Asia, the insatiable appetite for high end species in rich countries; Tuna, Trevally, Grouper. Ocean going trawlers have invaded the length of Indonesia to a point where the Government has now taken to capturing ships inside the limit then blowing them the hell up. Locally the advent of cell towers, mobile phones and cheap refrigeration have opened international markets to thousands of village fisherman. Every year, for example, off the coast of Seram, near the island of Grogas, there is a massive aggregation of Giant Grouper. Several villagers in a single boat are known to have caught more than a thousand pounds in a day. Iced, fast packed, into a speed boat to Ambon and in 12 hours their catch is in Hong Kong, Singapore, Tokyo…and beyond.

To avert disaster local government, the Seven Seas, nearby villagers and a bank account of the traditional kind have come together to try and establish a conservation zone around Grogas. Can it work? Are the best solutions for restoring the oceans bottom up? – no pun intended; community led conservation solutions that can establish a balanced and sustainable fishery and livelihood, healthy reefs, sustainable catches, extraordinary diving and the revenues it attracts? Can “local” resist the forces of “big”, distant markets and powerful, profit hungry business?

The last leg of our trip may hold the answer. We head 100 miles south to the Banda Neira archipelago; a corner stone of the Coral Triangle, in places more than 8,000 metres deep and the epicenter of the greatest global trade frenzy of the 17th century. If Banda’s colonial history is any indication, the prospects for ocean life here are pretty ugly. For decades, Nutmeg was the most valuable commodity on earth, grown only in the unique microclimate of the tiny, nearby islands of Rhun and Ai. The source of great wealth and great mayhem. The walls of the original Dutch fortress and town square of Banda are still here, the scene of a mass slaughter of Banda’s elite at the hands of Samurai assassins hired by the Dutch to show the locals who was really in charge. All this for something to spark up your Mutton roast. One big reason for this madness lies five miles out; the tiny island of Rhun. A dozen fishing boats lie at anchor in front of a village that meanders parallel to the shore. The walkway takes you past colourful bungaloes, a long war canoe in need of repairs, baskets of drying nutmeg and finally the front door of the modest, white stucco “Manhattan 2 Guest House”. If you are bothered by the Dutch colonists and their ways it may give you pleasure to learn that in 1676, in order to secure the legal rights to Rhun which the British never formally relinquished, the Dutch signed over their claims to another island; Manhattan. Sweet really.

The Dutch held on in Banda and across Indonesia until 1945 when history caught up with them; a history far more relevant to the future than the Dutch version. One of the great architects of Indonesia’s independence was Mohammed Hatta who was banished to Banda prior to the war and became the country’s first vice president. Fortunately, it is his legacy of resilience and defiance that seems to define Banda today more than anything courtesy of the Dutch. Today Banda and surrounding islands have forged a comprehensive and successful conservation coalition. In Rhun and Ai and the aptly renamed island of Hatta, the residents have established a three island ocean protective zone limiting commercial fishing. Across the archipelago there is a sea protection zone plan, waste management programs and education in sustainable fishing.

Then there is nature itself. One of our last and most dramatic dives is at the foot of Gunung Api. Fire mountain. On May 19, 1988 the mountain erupted sending an avalanche of lava into Banda’s harbor completely destroying 70,000 square metres of coral reef. Today, the mountain side to the water’s edge is still a massive pile of black rubble. But underwater, to the amazement of marine scientists, the coral rebounded not in 70 years as estimated but in five. And grew out with greater diversity and size than nearby reefs that were untouched by the eruption. To a very lucky and spoiled diver, the effect is mesmerizing. To a citizen of this planet, it feels like hope. 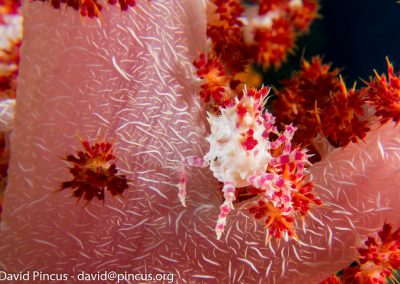 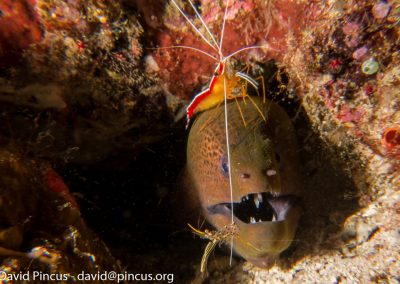 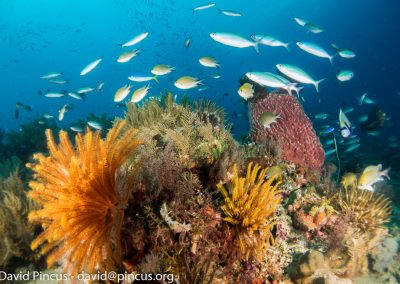 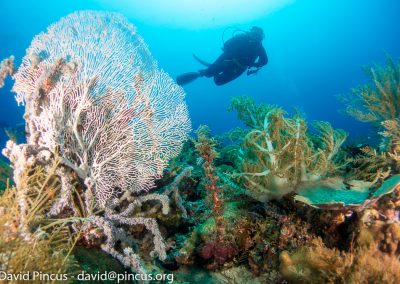 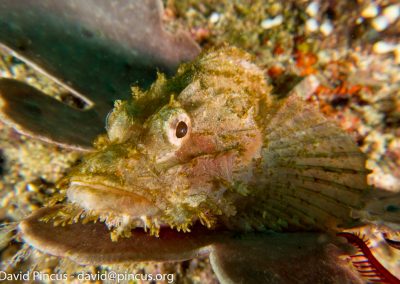 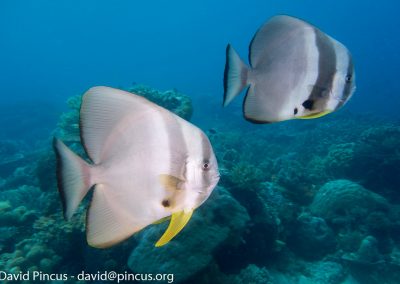 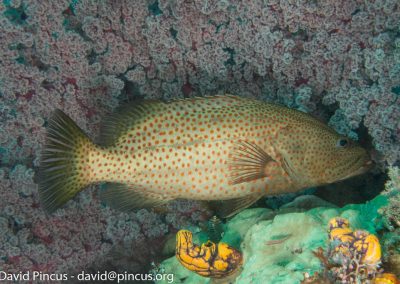 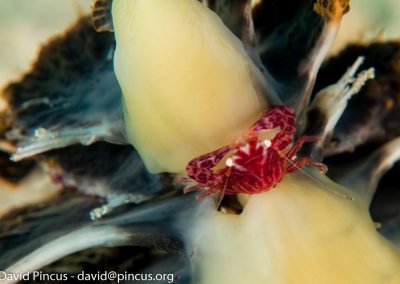