By Sonia Goggel and her group. Photos by David George. 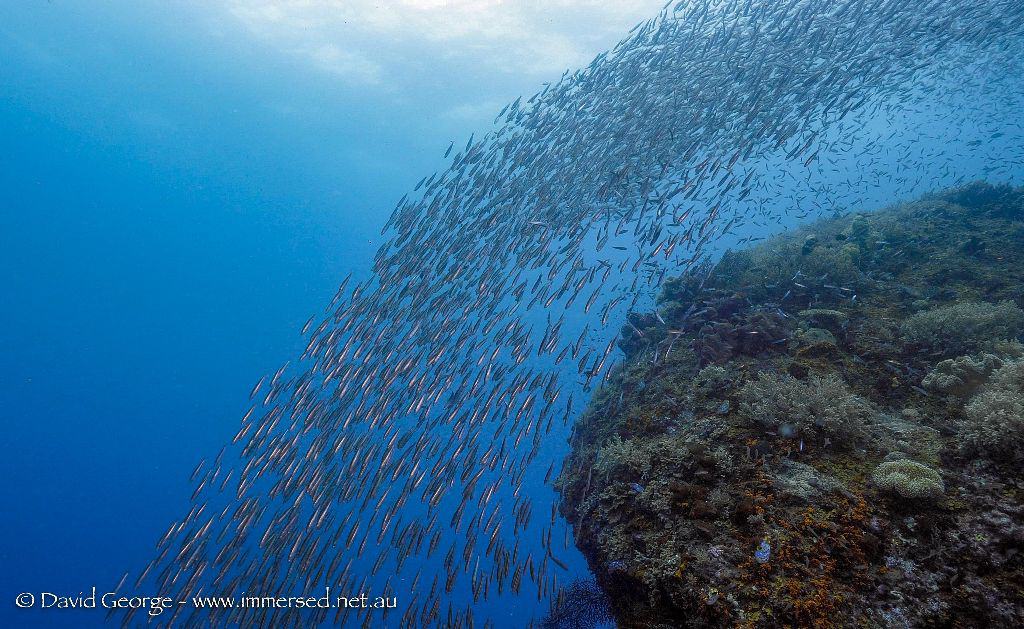 You know it’s a fantastic dive site when you can’t see the sharks for the anchovies. Rivers of anchovies flashing silver and blue in the light –so dense we couldn’t see each other at times, much less the patrolling grey reef sharks a bit further out in the blue. Once this fishy river was parted by streaking, predatory trevally, we could see the schools of fusiliers, masked surgeons, pennant butterfly fish, and rainbow runners just beyond them. Then the anchovies would regroup, coming down like rain upon our little party. It was like ‘seeing’ a symphony by Beethoven in color and movement. Due to this dense anchovy phenomenon, all the other fish would also come really close to us, which permitted an unusually detailed inspection of their gorgeous ‘outfits’. And when it was over, you could focus once again on the splendid wall you’d been combing over, covered in technicolor soft corals, huge multicolored fans and black coral bushes.

Our dives at Raja Ampat were so filled with life and color and texture that it was really hard to remember it all to record in our logbooks. The macro life was really rich; tiny crabs and shrimp aplenty; Pygmy seahorses galore, of several varieties (including one fan that served as a stable for 9 or more little ponies). This was a Christmas trip, and some of us celebrated by spotting the rare Santa Claus pygmy seahorse on the purple fans. One needed the nudibranch encyclopedia to identify the more exotic varieties (not all were macro: we could have used an underwater scale to weigh some of the behemoths we found). Babies of every stripe and spot and color in fishy hard coral nurseries, and dappled light revealing batfish under the roots of fringing mangroves. Plenty of big stuff too, with no dives able to be simply classified as “wide or macro”. We had schools of curious bumpheads, nosey Napoleon wrasse, swirls of jacks and barracuda, majestic mantas and grey reef sharks visiting the cleaners, wobbegongs hiding in nooks and crannies, and turtles on most dives. There was even a surprise close encounter with a Hammerhead Shark at the sublime Melissa’s Garden. 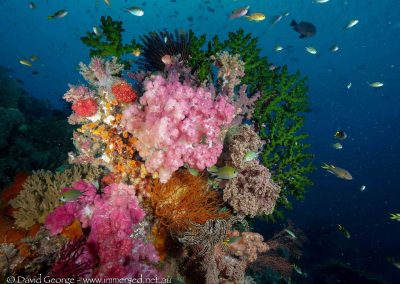 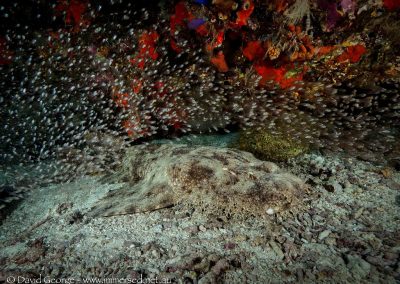 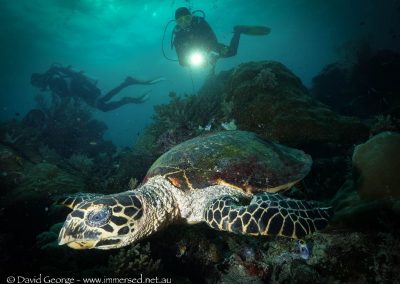 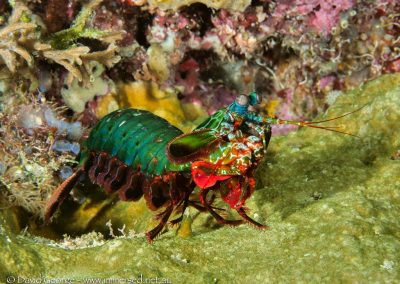 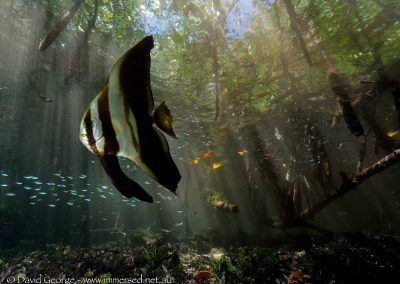 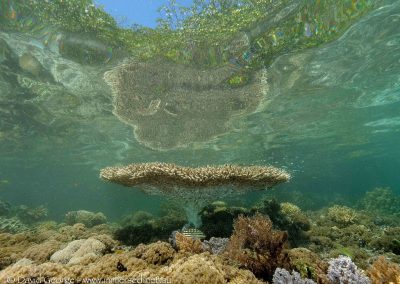 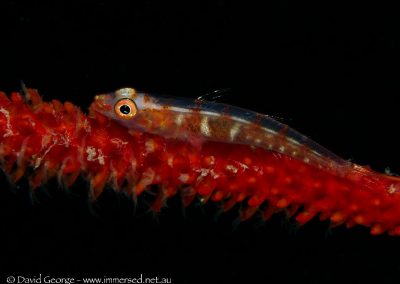 Topside was amazing too, and natural beauty was everywhere. The ever energetic crew took us on a number of stunning excursions: kayaking, a crazy hike to a jellyfish lake, an afternoon boat ride to a beachside nursery where baby blacktip reef sharks entertained us for an hour or so, and hikes to spectacular panoramic viewpoints. A highlight  was swimming through Tomolo Cave. Gorgeous stalactites, bats flitting about in the high ceiling, lush tropical views out the two openings—this place that brought a thrill at the same time it put us into a deeply meditative state. Sort of like diving!

Thank you to our new Number One Cruise Director, Alex, and to the whole Seven Seas crew for taking us to this magical place. Long may it remain so pristine! 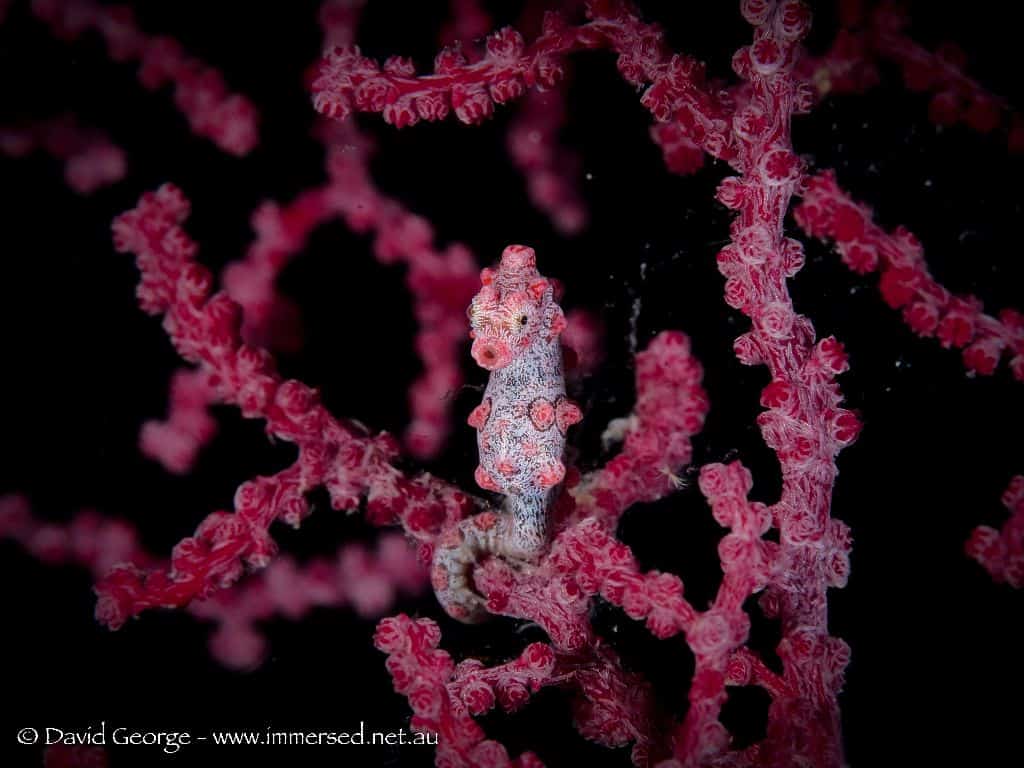 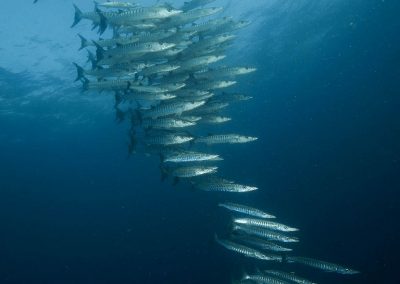 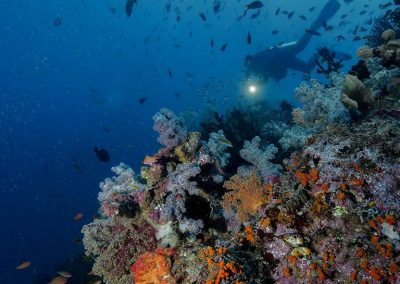 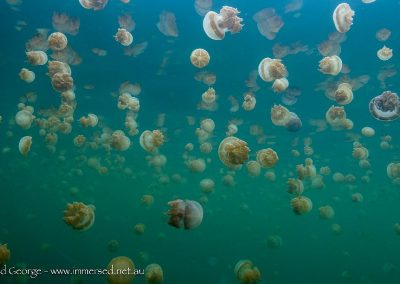 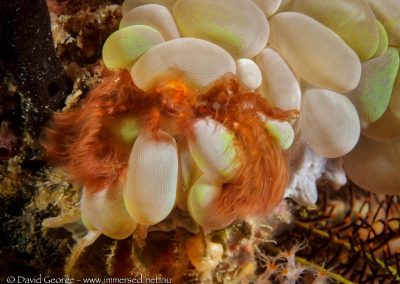 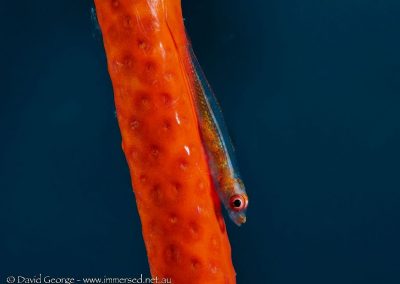 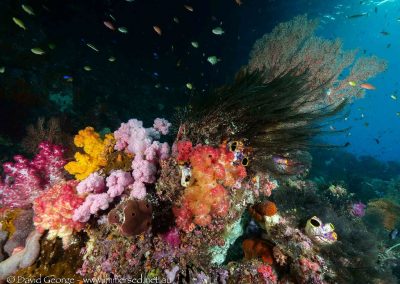 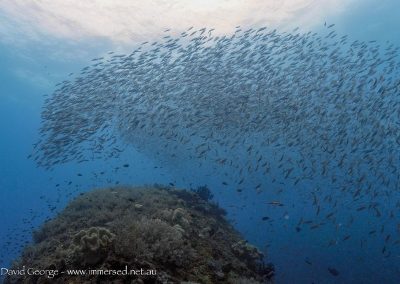 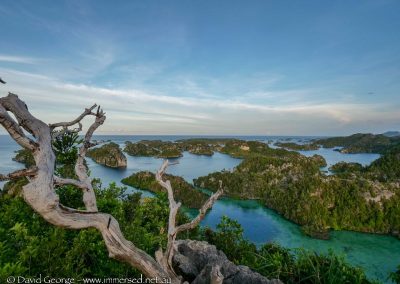 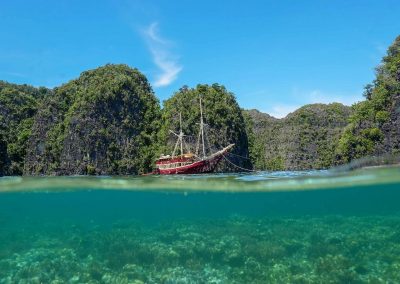