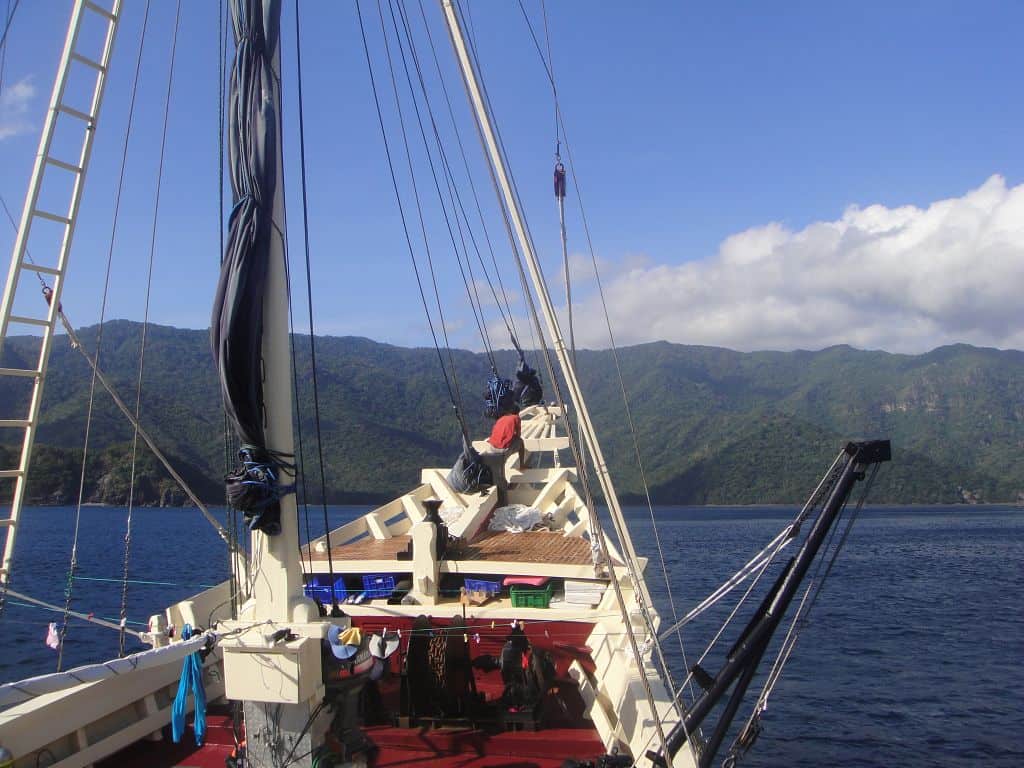 This is a typical example of falling into your own trap. I had told Jos, one of the Seven Seas owners, that after so many years of cruising in Indonesian waters the people on board of the Seven Seas and behind the scenes must have a wealth of information, not only about diving in Indonesia but also about other aspects of the country and its people & culture. I suggested that we share more of it with our website visitors and Facebook followers and Jos agreed. The next thing that happened was that he told me I should go ahead and give a good example by writing my own “Seven Seas story”…

Even though I’ve been working with the Seven Seas since more than 11 years and used to live in Indonesia myself many years ago I only very reluctantly agreed. First of all I’m certainly not a writer, and secondly not even a diver, so the only thing I can write about is my work with the Seven Seas which is mainly running the website and taking care of some other aspects of the online marketing. Plus putting together the newsletters. 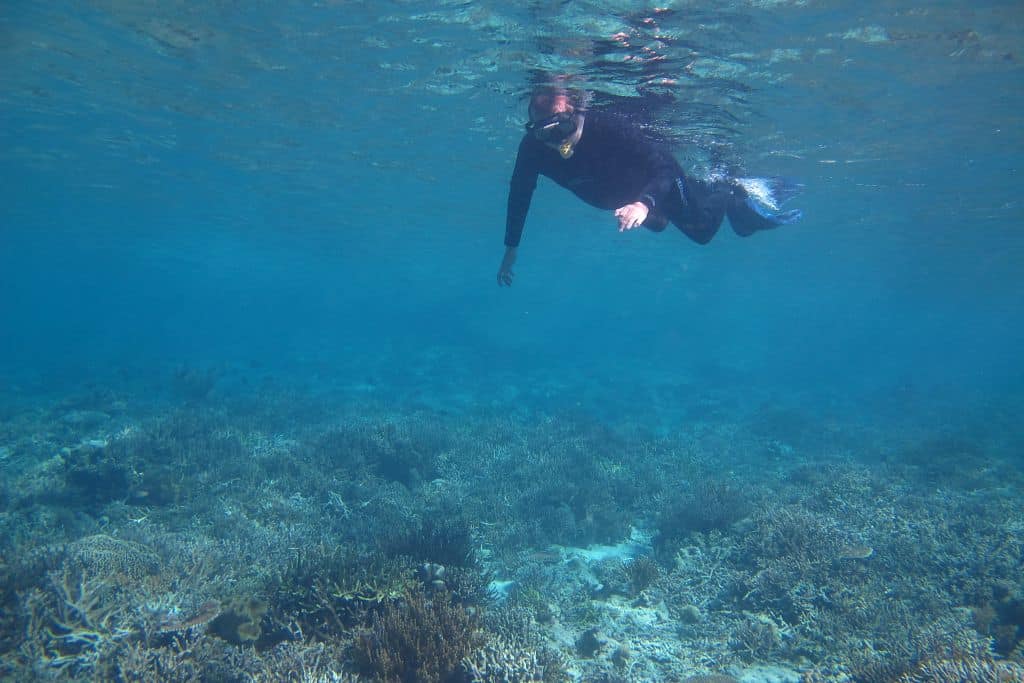 A lot has changed in Indonesia since 2006. Most importantly, back then there was only a handful of ships that the Seven Seas was competing with. Now there are 50 or 60 liveaboards in the area (I have given up counting), plus a number of smaller boats operating mainly in Komodo and Raja Ampat. One of the nice aspects of working with the Seven Seas is that competition was never seen as a problem but rather the opposite. Jos kept saying that “the more boats there are, the better we can protect the dive sites from dynamite & cyanide fishing and from the shark finning boats.” Quite a difference from some other diving communities in Indonesia that I have seen, where badmouthing each other was rather the norm than the exception.

On the marketing side it has naturally become a lot more difficult to get found on Google and other search engines with so many liveaboards & agents and their websites competing for the top spots. Add to it the fact that over the years Google has given more and more preference to the big international agent websites with 1000’s of pages and to its big advertisers (quite often these two are identical) and you know that a small operation such as the Seven Seas is facing quite an uphill battle on the search engine front. However, while it’s certainly not reasonable to underestimate the power of search engines, there is one type of advertisement that is still a lot more important, which is word-of-mouth. Without the thousands of extremely happy customers who have been on the Seven Seas over the years – many of them several times – there would be no Seven Seas anymore. It’s more than 11 years now that I have been waiting for the first mainly negative review! Something that the whole team should be very proud of! 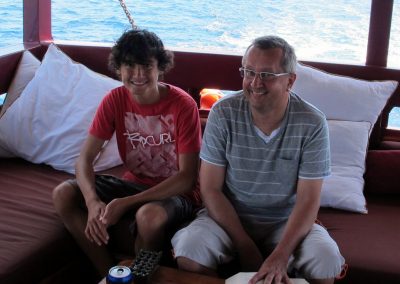 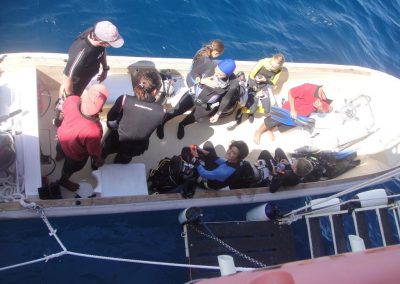 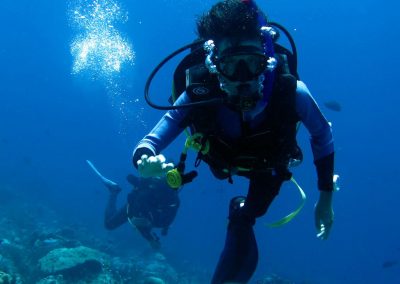 A few years ago I had the pleasure of doing a Komodo trip myself – me snorkeling and my son diving. Only since then I can really judge what the team is achieving and what makes the Seven Seas stand out from probably all other liveaboards in Indonesia. The trip was simply magic form start to the end! For me this knowledge is an important part of my work. I have to enjoy what I’m doing and to be convinced of it; I could never work for a company which only promises but doesn’t deliver. This is a freedom I’m taking for myself.

My trip on the Seven Seas actually had another great side-effect, apart from all the fun and relaxation. At the time I was still a heavy smoker. Cruise Director Karl and his wife Linda told me about their “smoking” career and how they managed to quit after getting a laser treatment in Bali, done by an expat from Canada. On my next visit to Bali one year later I thought I should give it a try. After several unsuccessful attemps to quit I didn’t really put too much hope into it but the unbelievable happened. I’ve been “clean” since then – more than 3 years now – and nowadays I don’t even think about cigarettes anymore. Big thanks to Karl and Linda!

Next task: Getting rid of the kilos that I’ve added since then… Is there a laser treatment for this, too? 😉

Planning my next trip on the Seven Seas now. Let’s see what surprises are in for me this time.

P.S.: For those who are interested: The (soft) laser therapy works like acupuncture, just better. Without needles and without any pain. 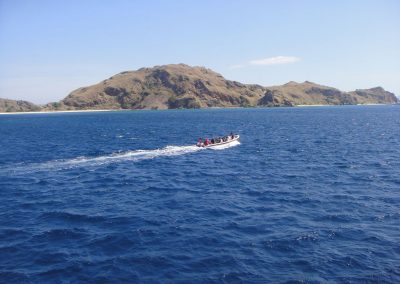 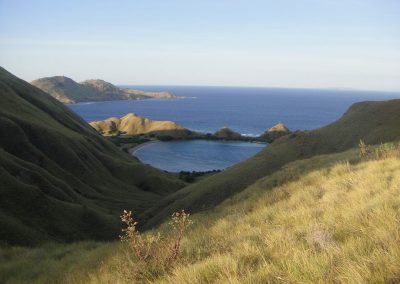 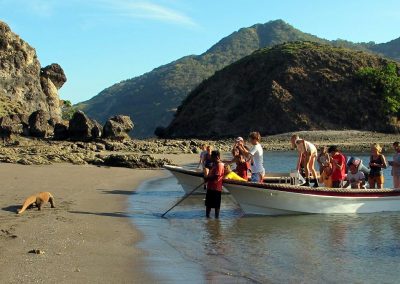 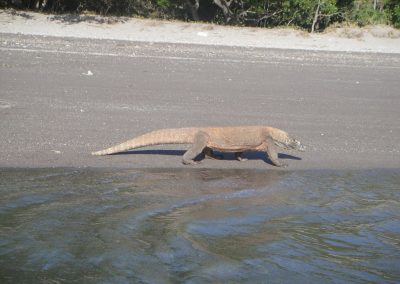 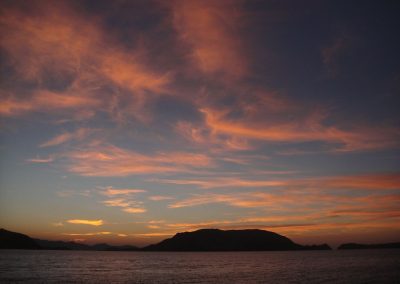 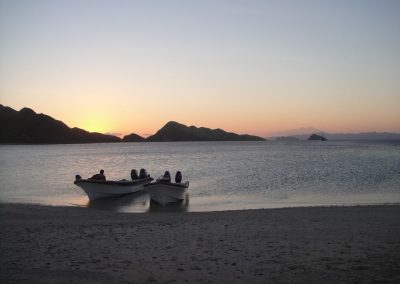 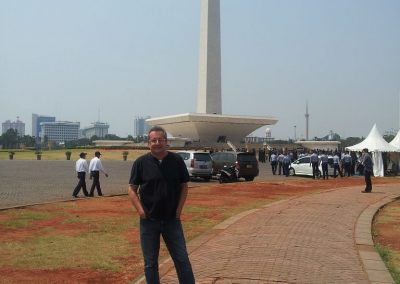 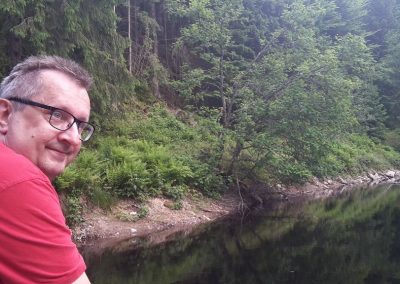