The vessel and its operations are run by a wonderful Indonesian crew of 15 plus 3 Western Cruise Directors who have led liveaboard adventures in these waters for more than a decade on various vessels. Yet they remain as committed and enthusiastic as they were on the very first trips. With many years of experience with organizing and implementing adventure cruises both in Indonesia and on the World’s Oceans they are well trained, professional, attentive and safety conscious. The best crew around, as many of our thousands of guests have told us.

With over 300 trips and 100,000 dives successfully completed since launching The Seven Seas, we take particular pride in our Dive Safety Record. Everyone in the team is at all times, first foremost, focused on ensuring the safety of all guests onboard. Conditions on all dive sites are checked prior to the dive to ensure the safety of all involved.

The crew onboard consists of a team of hand-picked individuals that work together like a well-oiled machine. Some of the key crew members, including the vessels two Captains, have been working with Mark for over twenty years. They are more like family to us than employees. Many of the other crew members have been onboard since the launching of Seven Seas. We are very proud of our crew and take time to concentrate on group dynamics, morale and their general wellbeing. One of the first thing you will notice onboard is how professional and safety conscious our crew are as they go about their daily routine. You will not find a more loyal, experienced, or happier, crew anywhere in Indonesia.

Mark Heighes first travelled to Indonesia as a dive guide in 1982. By the mid 1980s he was leading trips across the Banda Sea from Bali to Ambon and back. He is regarded as one of the true pioneers of diving in Indonesia and has probably discovered more sites in Eastern Indonesia than anyone else in the business. He is responsible for all onboard operations and his experience in the region is second to none.

Alex del Olmo has taken a long term break from his current position in Spain where he worked as Professor teaching Camera Operations, Film Narrative and Editing at the TecnoCampus of University Pompeu Fabra in Barcelona. He has a PhD in Audiovisual Communication and he is certified as a PADI and SSI instructor as well as underwater videographer, and he has been working for several television companies in Spain over the last 12 years. Click here for more information about Alex.

Foued Kaddachi has joined the team in early 2021. He will be standing in for Mark or Alex leading trips as needed. Foued has been part of the Seven Seas family since 2009 and joined us every year since. He has already successfully lead a number of trips onboard Seven Seas and has extensive knowledge on all areas we operate. He has been diving throughout Indonesia since 1999 and became a PADI Instructor in 2001. In the following years he added UW photography, Nitrox and O2 provider to his resume.

Our previous great cruise director Karl Klingeler is currently taking some time off to see more of the world with his lovely wife Linda.

Jos has been an important member of the team since the beginning. He and Mark worked together on the construction and launching of the Seven Seas and he has been involved in many aspects of Seven Seas’ operations since 2006. We are very happy to continue having him on deck and batting for the Seven Seas! Jos will be dealing with all your enquiries, detailed questions about schedules, seasons and destinations. With his experience and knowledge of the area Jos will remain the go to person for you to help planning your trips, customize your charters and work with you on new ideas for your adventures. 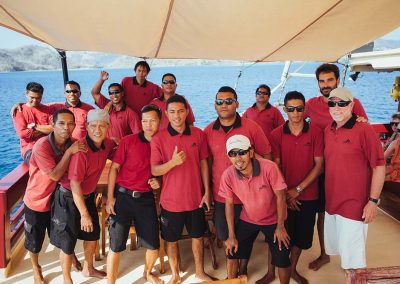 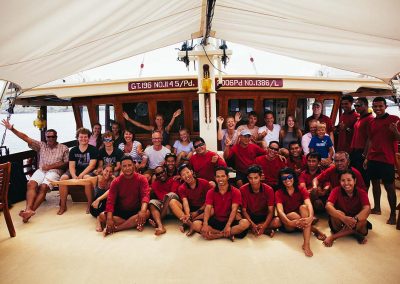 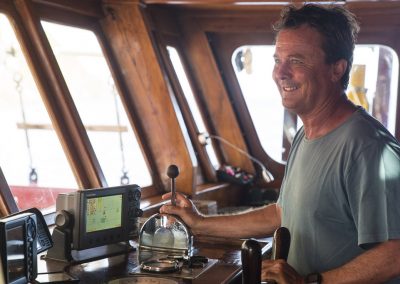 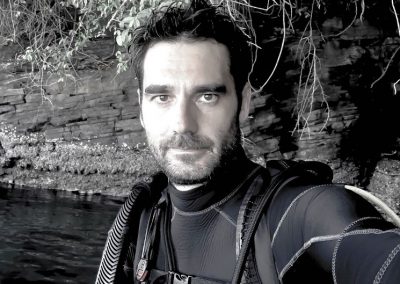 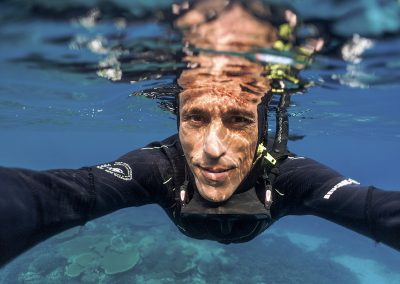 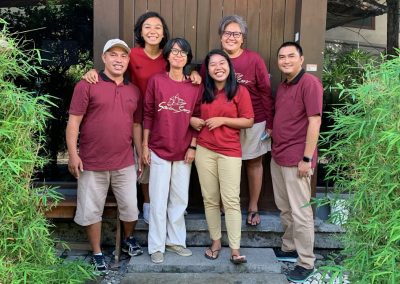 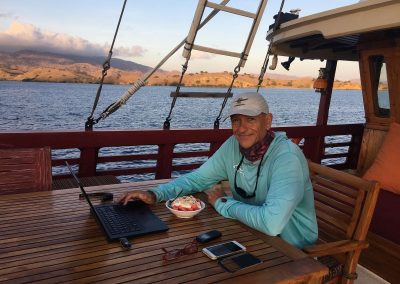 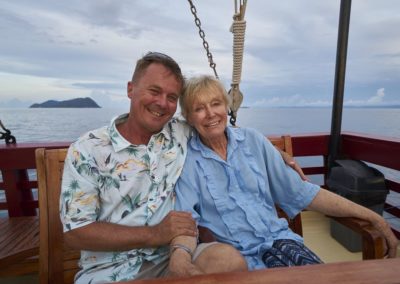 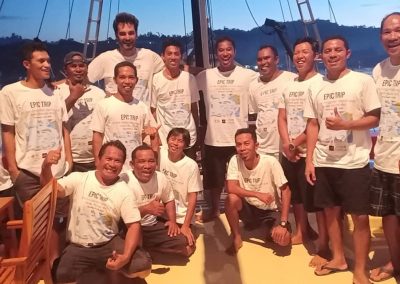 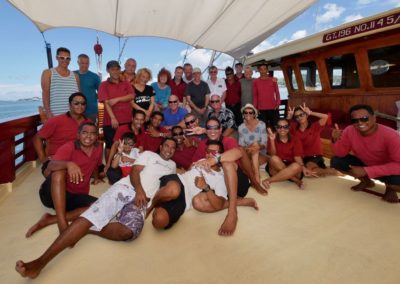 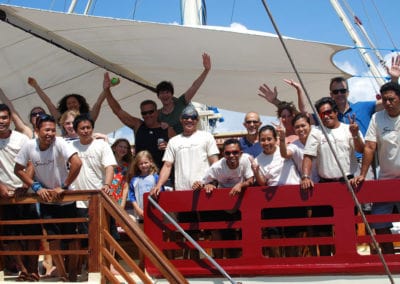 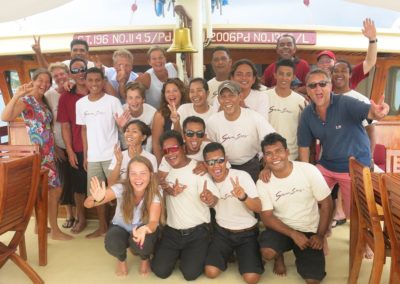 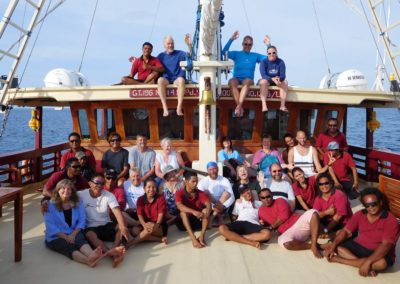 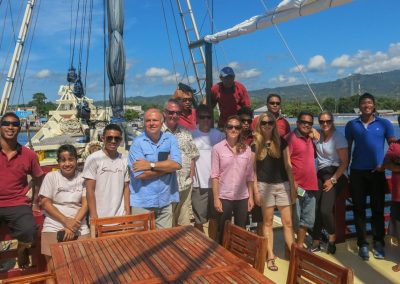 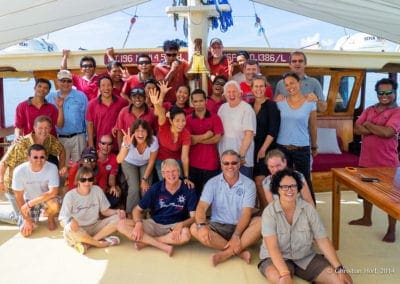 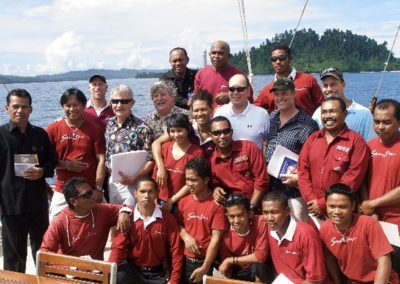