The first time I visited Triton Bay was three years ago on an expedition lead by Dr. Mark Erdmann and Dr. Gerry Allen.

After just a few seconds underwater I fell in love with Triton Bay and I knew I would return on my own to find out what secret gems it hides and capture their beauty.

It took me two years and a pandemic to get there.

When I thought I could visit the area again (and have a deeper look into the dive sites), the pandemic struck us last year. We could only enjoy a handful of days of our scheduled 14 days trip around Kaimana and Triton Bay. The world turned upside down and we had to abort and rearrange flights for our guests to come back home safely to their loved ones.

The frustration was real and kept nagging at the back of my mind for half a year.

Later on, and taking advantage of the extra time I had, due to the impossibility of receiving foreign tourists in Indonesia, I contacted Leeza and Jimmy – the owners of Triton Bay Divers Resort – willing to spend two weeks with them and learning as many dive sites as we could manage, using their extended local knowledge.

I was the only guest during most of my 45 dives, sharing nice conversations with another elusive guest for only a few days, Peter S., from Canada, who works in the copper and gold mine near Timika.

As the business activity was next to zero, Jimmy said I could have both divemasters (Andreas and Eddy), although sometimes even Jimmy came with us to help them to spot tinny critters. It was also possible to have insightful chats about diving with Jimmy daily. This went a long way for me to obtain the images I was looking for, but also to know the diving sites in a much more intimate way.

Long story short, I’ve been diving meticulously in both areas, North and South of Triton Bay, plus some rare beauties that are not often on the agenda.

But what is special about Triton Bay and its surrounding areas?

Triton Bay is far away and quite isolated. This makes it one of the few gems left in the underwater world and has become one of the favorite spots for many underwater photographers/videographers. Shallow reefs with plenty of light, incredibly healthy and diverse coral, and loads of fish. And of course whale sharks!

Personally, I do not know any other areas where on the same trip you can have the opportunity to dive with oceanic manta rays (we go outside Triton Bay just to try to dive with them), whale sharks and dolphins, and enjoy IMHO the best soft corals in all  Indonesia -and perhaps the whole world- without forgetting a very interesting macro dive, with a profusion of seahorses that I have never seen anywhere else before.

Diving in Triton Bay is sometimes subject to strong currents, especially in the area called Pintu Arus (Door to the Current in Bahasa Indonesia), NE of Aiduma in Saruenus island, and as well in Little Komodo (named by Dr. Gerry Allen), located just at the South tip of the small island.  But the profusion and beauty of soft corals that you can witness are just MIND-BLOWING. I’ve never seen ANYTHING like that. I could dive these spots for 2 weeks – and indeed, I did it.

And although Triton Bay waters can be cold and visibility may be challenging sometimes, Triton Bay is definitely a place to visit for divers and underwater photographers/videographers.

But Talking about Triton Bay without mentioning Pulau Dramai wouldn’t be fair. Without any doubt, it is world-class diving. The different schooling fish (pinjalo snappers, masked surgeonfish, sweetlips, Napoleon wrasses, hundreds of fusiliers, giant and bluefin trevally, rare groupers and barracudas, amongst many others),  and again, on top of that, exquisite soft corals at the background makes the whole experience incredible.

During my stay in Triton Bay, I made a short film for the resort Triton Bay Divers with most of the highlights that we can find in Triton Bay. I used a mix of shots taken with the Seven Seas and as well from my stay at the resort.

I hope you enjoy it and see you onboard leading your trip in what has become one of my favorite dive areas in all of Indonesia! 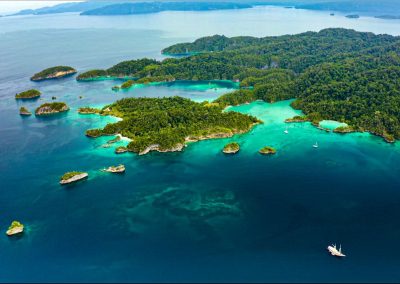 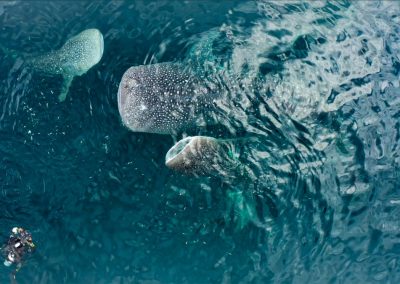 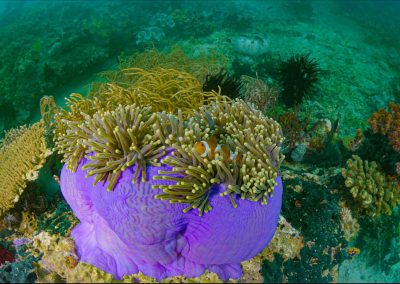