​In August this year while heading for Alor we had the privilege of sighting and following a pod of tropical orcas just south of Pantar Island, East of Flores. We stayed with the pod for over an hour. There were 2 males, 2 females and a calf. At one stage to our amazement, the orcas swam underneath the Seven Seas on their backs looking up at us. Very hard to describe the feeling of this incredibly beautiful Apex predator playing with us. Truly a highlight of the trip.

Orcas are the world’s largest dolphin. Being an Apex predator means they have no natural predators. In cooler waters they feed on other marine mammals like whales and seals, as well as on penguins and fish. In the tropics it’s sharks, fish and dolphins. They are not considered to be endangered, however it is extremely rare to see them in tropical areas. Of an estimated 50,000 individuals world-wide, some 2000 are thought to reside in the warmer waters of the Indo-Pacific.

All of my encounters with tropical orcas have been unforgettable. I can still see them all just like it was yesterday. My first encounter with tropical orcas was in Indonesia, 30 years ago, while I was on a small expedition ship travelling north of Sumbawa, not far from Moyo and Satonda islands. There were other dolphins in the area, feeding on fish.

Upon our approach, the Orcas actually came towards us and started to bow ride the ship. We ran up to the bow and when looking over we could see the pod clearly, with a huge-finned male directly below, bow riding, with a shark across his mouth firmly clenched in his Jaws forming a T-section. Wow! This orca was swimming at 14 knots with a good sized shark in his mouth like a dog running with a stick. Impressive indeed.

So in the many years spent sea that followed I have only seen Orcas a handful of times. Twice did I see them in PNG (East Cape) then once North of Maumere, once near Wetar in the Banda Sea and once again South of Pantar in the Savu Sea, while attacking and killing a juvenile Sperm whale – which was a truly horrific sight. The Area East of Flores seems to be where we have most of our sightings with the Seven Seas. 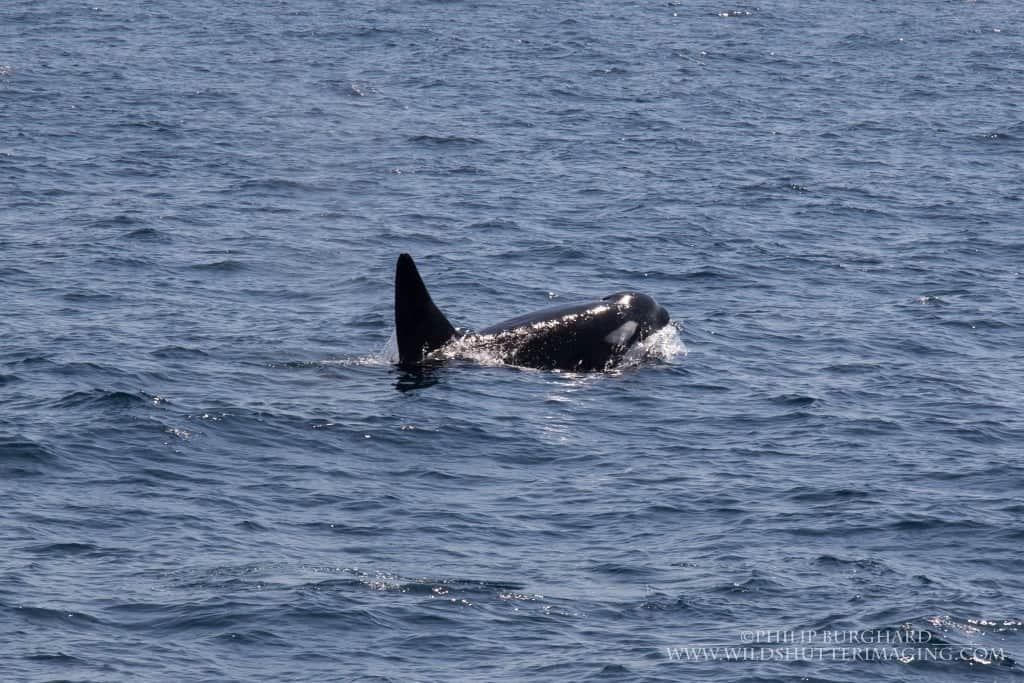 Only one occasion did I actually get in the water with them and I’m not sure I’d do it again! It was 1991 off East Cape in PNG. I was running a boat called the Telita for a guy named Bob Halstead. I was snorkelling along a rocky beach while recovering from a good bout of malaria when I thought I could hear bells. Bloody malaria I remember thinking! Then the bells turned into squeaks! I looked up and saw these massive dorsal fins only 100 meters from the beach. So I jumped in the dingy and went back to the Telita, picked up my girlfriend and a camera and set off after the pod.

We counted 7 individuals, heading in a straight line, out to open ocean, and managed to go around them and stop in line with their course about 400 meters away. We killed the engine and slid into the water with our snorkelling gear and High8 video camera, hoping the Orcas would pass by so we could get a shot. Looking out into the blue with rays of sunlight beaming down, suddenly a mother and calf appeared swimming slowly in about ten meters if water.

So my buddy takes a couple of deep breaths and swims down to film them leaving me alone on the surface. I remember thinking she obviously has not seen David Attenborough’s BBC Trials of Life series which had just been released. The BBC had captured vivid footage of Orcas attacking seals and penguins and playing with the suffering animals like rag dolls and hurling them around through mid-air like some sort toy!

So I’m looking down at her swimming towards the mother and calf with her bright yellow camera extended out in front, pink one piece suit, and bright green fins, approaching the mother and calf. Then suddenly to my horror, the rest of the pod came head first out of the depths below heading straight up for her at speed. She now looked like a fishing lure to me. OMG they are going to take her! The mother and calf are just a decoy! So I yelled down into the water pointing down past her, she hears me, looks down and as soon as eye contact was made, the orcas changed course at the last second and rolled over on their sides looking at us and swam away, disappearing into the blue. 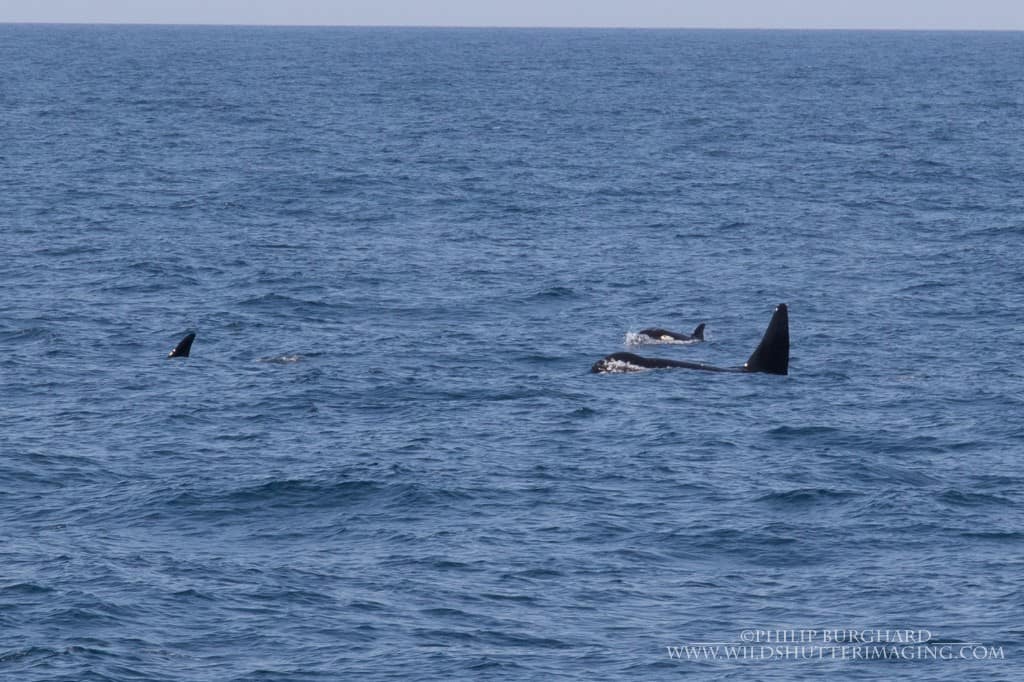 Phew! She surfaces next to me and starts complaining immediately about the auto-focus on the camera not working and she thrusts it at me to fix it by putting it on manual focus. So I’m mumbling into my snorkel about how I thought she was going to be killed and fiddling with the camera when I hear her screaming her lungs out! So I look down and we were surrounded by Silky sharks…

They were aggressive and we had to kick and punch out at them. I looked up and the dinghy was drifting away with the crew member starting the motor and heading over. Then the sharks suddenly disappeared as quickly as they had arrived and as we jumped into the dingy, the Orcas swam under us and then spouted on the surface before also disappeared again into be blue. My heart was pounding and to this day I have no doubt that the Orcas heard the screaming and came back. That’s why the sharks disappeared.

I have since learned that Orcas and other marine mammals are sometimes followed by packs of sharks that kind of come in and clean up the leftovers after a big meal. That’s why the Silky sharks were so aggressive – they thought we were something the Orcas had killed and left behind.

To this day there has never been a fatal attack in the wild by an Orca on a human. There has been one incident recorded where a human was bitten. In captivity there have been several attacks some of those have been fatal.